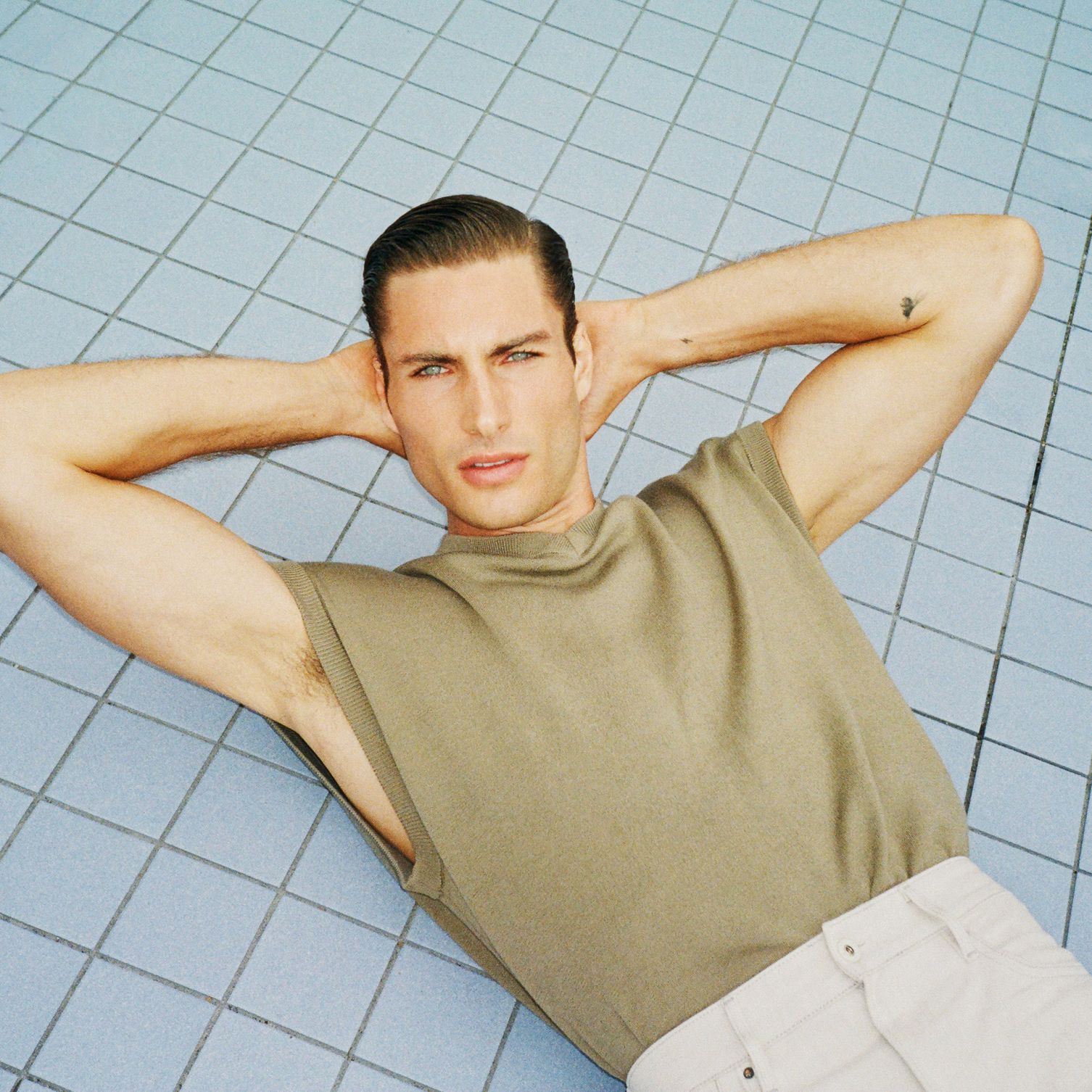 How did you get into modeling? Was it your dream?

As a child I was often told that I should try to model later when I was grown up and I would have loved to do so, but I didn’t know how and where – because it all seemed so unreachable and just like a dream. I was also often called a dreamer when I mentioned it to my family … It wasn’t until I was 21 and probably my 10th job, as a truck driver, that I decided to give it a try. Within half a year I trained myself down 30kg and signed with an agency!

What’s your first thought in the morning?

Which job will you never forget – and why?

I was booked for a TV commercial in Australia. For a toilet cleaner!!! But it was shot as if it was a fashion film for a perfume – so very dramatic, but still with humor and sarcasm. Exactly my style! I had the lead role and I had the best two days of shooting, with a great team that I still think about a lot. It was through this job that I saw for myself that I was good at something. That I can entertain an entire team of around 20 people behind the camera while I perform and that I’m not just a dreamer!

What is the most beautiful place you have ever been?

At the top of the highest mountain in Austria, the Grossglockner.

You are beamed back in time: Who would you like to meet?

Is there any advice that has really helped you?

Do you have any secret talents we should know about?

You have one free wish…

Never ending energy! (To accomplish anything I ever wanted and to never lose sight of the things that are important to me!)

Would like to live in: A house in the forest near a lake

Never have I ever: Won the lottery

Drives me mad: When someone doesn’t keep their word

Superhero power I would like to have: Mind reading