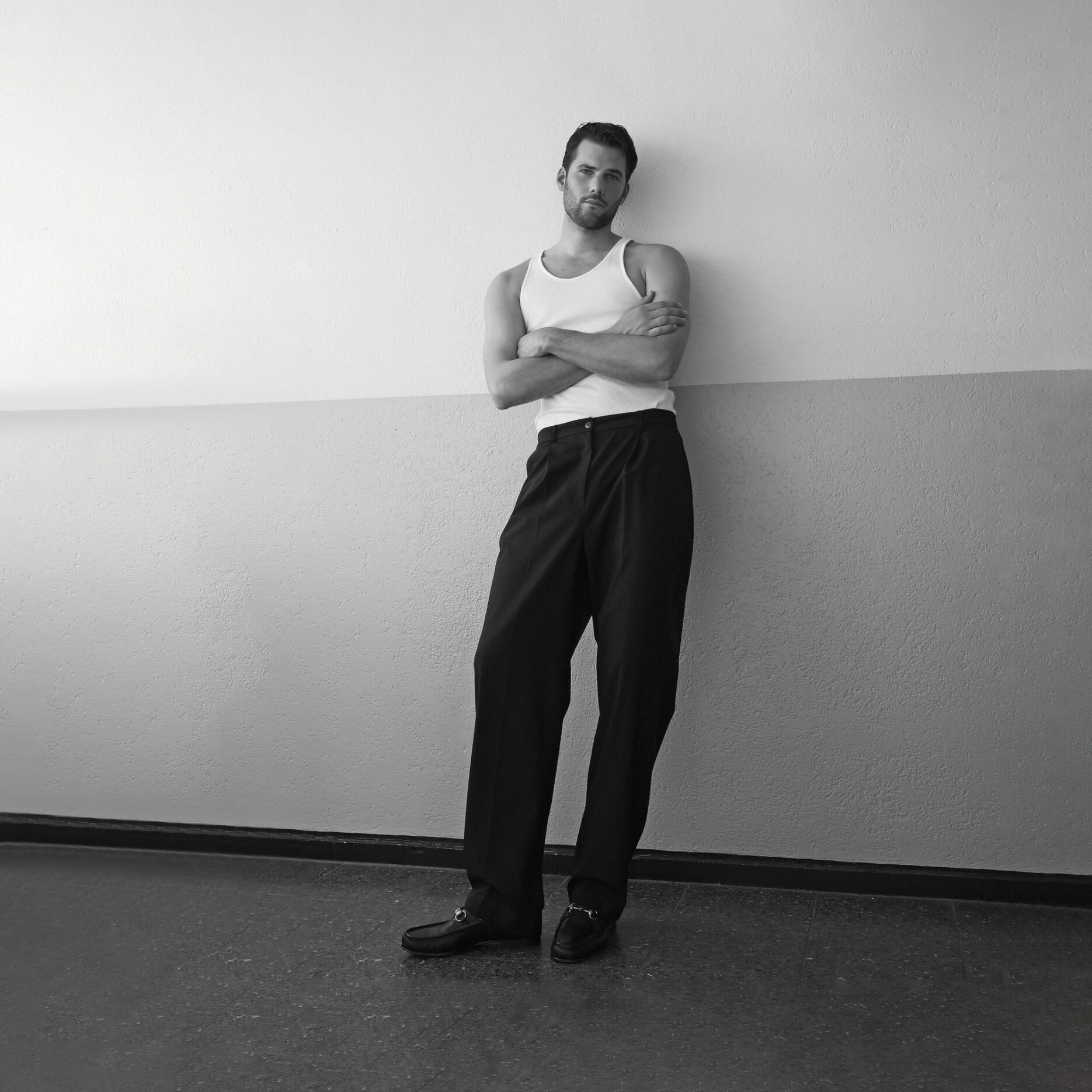 How did you get into modeling? Coincidence or itent?

I was in a jobtraining  as a mediamanager clerk in 2014 and wanted to earn a little money on the side – but since I had a 40-hour week, it wasn’t that easy: D. Since I was approached by scouts one or the other time, I thought, I’ll try modeling. I then looked at Vogue.de for the best agencies in Germany and found Modelwerk. I wrote an email, had an interview, signed a contract – 7 years later I´m still here.

What’s your first thought in the morning?

„Hopefully not 6 o’clock …“ Since I became a father recently, the nights have become a little shorter and that’s why I’m happy when the little one lets us sleep a little longer in the morning – he usually does so. From time to time, however, the program starts at 6 a.m.!

Is there something you’ve been dreaming of for a long time, but never dared to do it?

In fact, a parachute jump is still at the top of the bucket list – a little cheesy but at some point it is due.

You are beamed back in time: Who would you like to meet and why?

I would like to meet Sigmund Freud – and I would probably just want to listen. I was studying business psychology not long ago and of course he played a major role in that. I would be particularly interested in his thoughts on dream interpretation and the human soul.

What compliment were you most pleased with?

That I have a good heart – I find this a very nice compliment.

Which rule would you never break?

If you weren’t modeling, what job would you like to do?

Artist! Like a mixture of Virgil Abloh and Klaus Kinski – but unfortunately I have no talent.

I would get up in the middle of the night: My son

Best vacation ever: Sun, no appointments and slightly tipsy

I can’t live without: My little family and salted butter

Teenage crush: Kylie Minogue in ‚Can’t get you out of my head‘

I spend too much money on: Shoes